The original idea of shirtyletters. com was to try and generate a ‘run of steam’,  the end result being that I would hopefully find a publisher.  There must be some 200 letters to politicians,  journalists,  rulers,  psychiatrists, solicitors,  friends and family,  church people,  council car-parking jobsworths that I have composed over the past 35 years  –  the general theme is to prick people’s pomposity in,  I hope,  an entertaining way.

However, it’s not all berating at bureaucrats  –  there are plenty of softer, kinder letters too.  Perhaps a modern version of the Henry Root Letters with a touch of Dear Lupin thrown in ?

So far I have had one outright rejection letter from Broo Doherty, formerly of Wade & Doherty Literary Agency who did not like my ‘humour’ in a letter written in Latin to Boris Johnson and no reply at all from Jamie Byng of Canongate Books, Edinburgh. More recently I received my first rejection email from Darton, Longman + Todd who sat on my ‘hard copy’ for nearly 4 months (without even bothering to read it), failed to answer my chasing email before eventually telling me I was not suitable for their list.  Who do these people think they are ?  Bryan Harris at Kent Christian Press responded some 6 weeks down the line to say that they no longer published books. My hopes of  getting a letters book out are now pretty much shelved. The autobiography now takes precedence before revisiting the pastoral care in mental health book. Then perhaps I can write a short book about my maternal grandfather before trying again for a compendium of these ‘shirty’ letters.  I am comforted by the fact that Decca turned down The Beatles.

I am now 65 years old and could do with a bit more income !  Having said that,  it’s actually not riches I seek but reassurance and affirmation.  It’s been an amazing life thus far but a roller-coaster – a privileged upbringing on a Cotswold farm, the best education in the world ( Eton, Christ Church, Oxford ) with a varied career path from Wall Street banker, reinsurance clerk, wholesale organic baker to mental health worker and minicab driver.  Now I am trying to combine an occasional bit of writing, gardening, a bit of DIY and volunteering at the Royal Hospital for neuro-Disability whilst retaining my interest in a small charity (Being Alongside) which does good work in the spirituality / mental health world.  Also nowadays much effort goes into ‘shepherding’ the Oxford branch of Faith and Light, occasional afternoons of fun and games with learning disabilities people.

It must be obvious that I am new to this ‘blogosphere’ lark but nothing ventured, nothing gained. 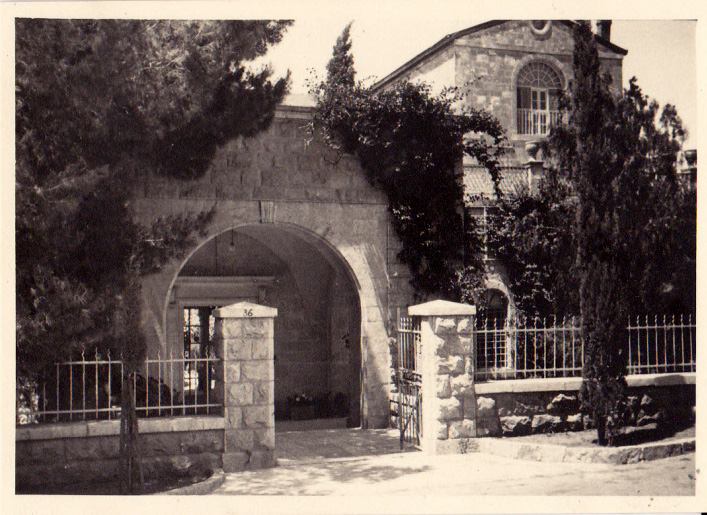 Strong genes suffuse my soul.  My father had a fascinating war and inherited much of the Summers steel  money.

My mother was teaching at a cookery school in Beaconsfield when just 17 and single-handedly ran the rest home for allied officers at the Loaves & Fishes church at Tabgha,  Lake Galilee, in her early twenties. 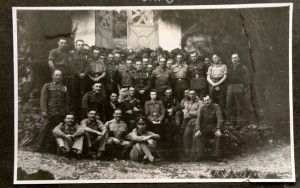 My mother at Tabgha, Christmas 1941, my father at her feet

In addition to that she was working for MI6 in Ankara, Jerusalem and Cairo plus acting as PA/secretary to the Chief of Police by Jaffa Gate in the Old City. She was aided by a boxer dog and a small donkey called Percy who travelled on the back seat of the open-top Buick between Cairo and Palestine!  Her father, Mark Patrick ( also Eton, Christ Church I am proud to say ) was our man in Switzerland in his twenties, 1st secretary in Moscow until 1934 before returning to be elected MP for Tavistock. 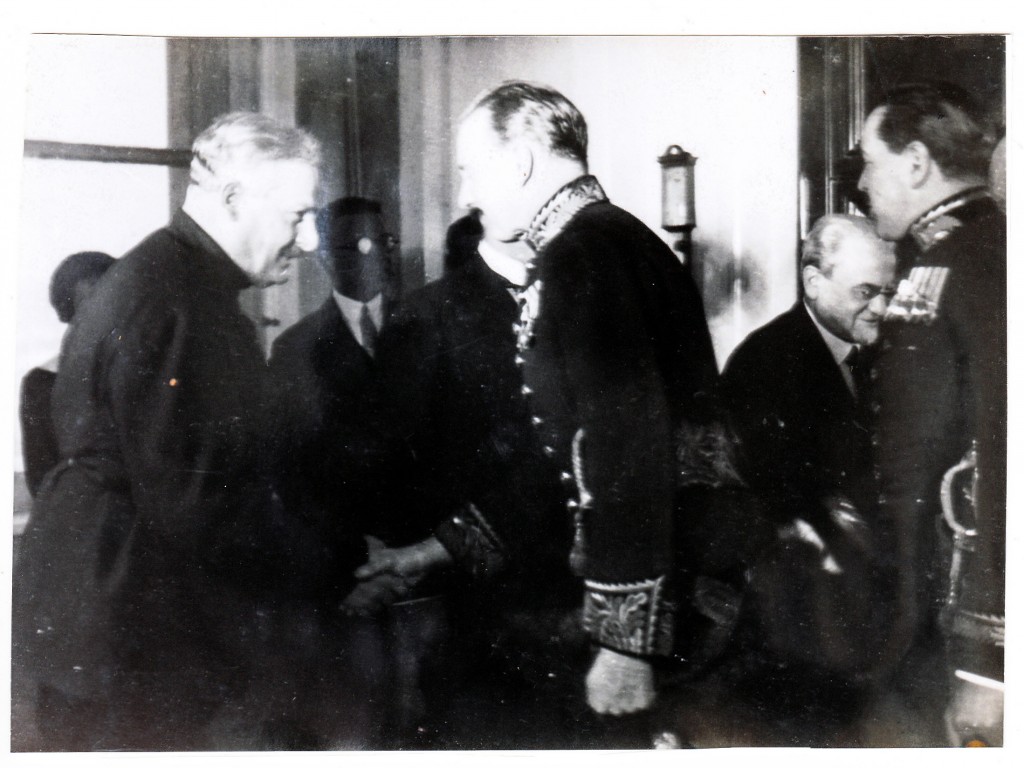 My grandfather greeting Stalin in 1930. Trotsky lurking in the background.

Please post your comments and let’s get this show on the road.