I wish to complain in no uncertain terms about the issue of the above penalty charge notice.  I parked outside NatWest Bank at the front end of the ‘one hour free parking’  bay ( between 10a.m. and 4p.m. ) adjacent to the telephone box there at about 11a.m. on the day in question.

There was no tape and/or bollards indicating that the bay had been ‘temporarily suspended’.  It was only when I returned to my car less than an hour later to see two of your operatives issuing me with a ticket that they pointed to a small sign some 12 foot in the air attached to a pole which said ‘bay suspended’ or some such.  How on earth is a motorist supposed to see that ?  In fact, the position in which I parked meant that even if I had looked 12 foot in the air from there,  my view of this ‘sign’ would have been,  and indeed was, obscured by the telephone kiosk.

There appeared to be no just cause for this Red Route parking zone to be out of action anyway. Personally,  I find them very useful … to be able to park free whilst attending to one’s business in Southside or wherever.

As I have said there was inadequate warning of this bay’s closure and I trust you will be able to cancel this ticket.

I await your news, 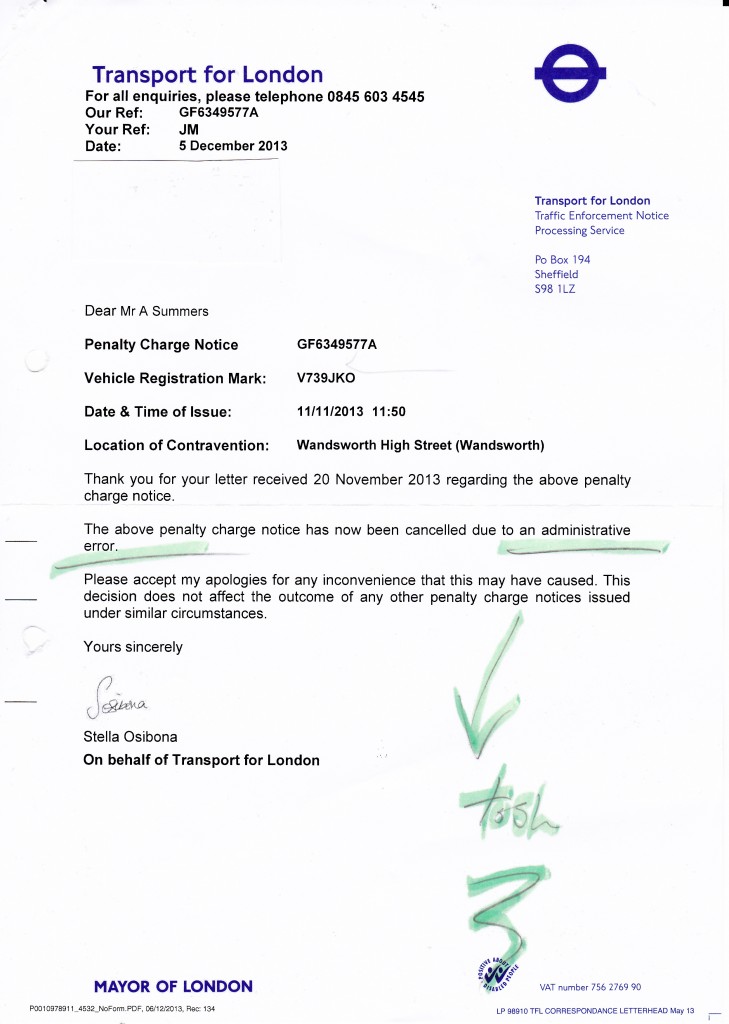